Last Saturday was the tenth anniversary of Lilac City Comicon, and I was lucky enough to be there along side my buddy Josh Montreuil. This was my second time at Lilac City and since last year they had expanded into a larger space and quite a few more fans showed up.

As before it was a whirlwind of great people and an overall success for me. I had plenty of books left over from Norwescon [Read the Norwescon 39 Debriefing Here] and I sold a ton at Lilac City. Okay, that’s a bit of an understatement. I sold out of every copy of The Stars Were Right. Which is AMAZING. Thank you to everyone who picked up a book, I left Spokane with a lighter trunk which is always a good thing.

I could ramble on a bit, but let’s get to the highlights. That’s the fun stuff: 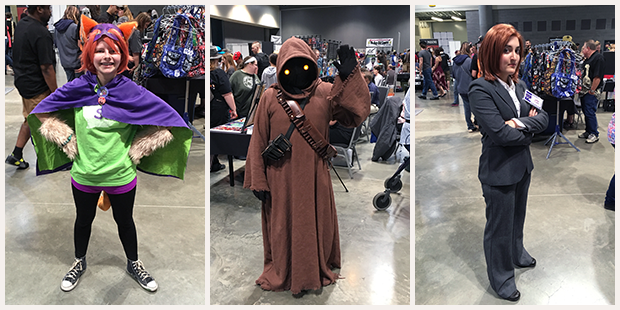 I was really happy with my experience at Lilac City Comicon, and I am already planning and looking forward to attending next year. It’s a really welcoming crowd and it’s nice to see something like that in Spokane. Right now I don’t have any future appearances scheduled, but that could always change. You can keep track of where I’ll be and check out my previous conventions over on my Upcoming Appearances page.

Thanks for a great convention, Spokane!

For other news subscribe to my newsletter. I keep your email private and I only send out a few emails a year. It’s the quickest way to find out what’s happening in the world of my books, learn about upcoming contests and events, and stay in touch with me. Sign up today →